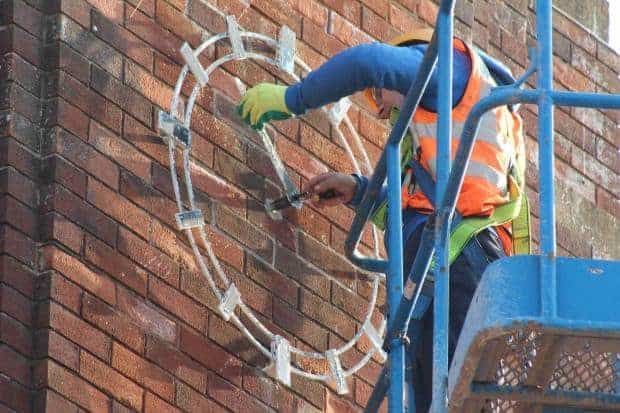 The demolition team at Pennys are currently undertaking works at at Haygrove School in Bridgwater, Somerset which are scheduled to last around two months. Our scope is to demolish the original familiar red brick 1930’s school building to allow new netball and tennis courts to be constructed along with additional landscaping improvements to the area.

The clock face and brickwork to the tower will be salvaged and repurposed in the new building to commemorate the school’s history.

The demolition contract comprises of the demolition of building and structures and the breaking out of all floor slabs, foundations, and basement areas to the old building. All waste materials obtained from the works that are not part of the original clock tower will be removed from site for offsite recycling as there is no requirement for reusing them.

Demolition works have been carried out alongside the school activities with careful attention to not disrupt the school movements around the premises. Works nearer to the boundary are being carried out during the Easter and half term breaks.

A spokeswoman at the school said: “It was quite emotional to see the clock tower being demolished, it was a very attractive building but it was not fit for modern purpose.”

Works are expected to be finished towards the end of June. 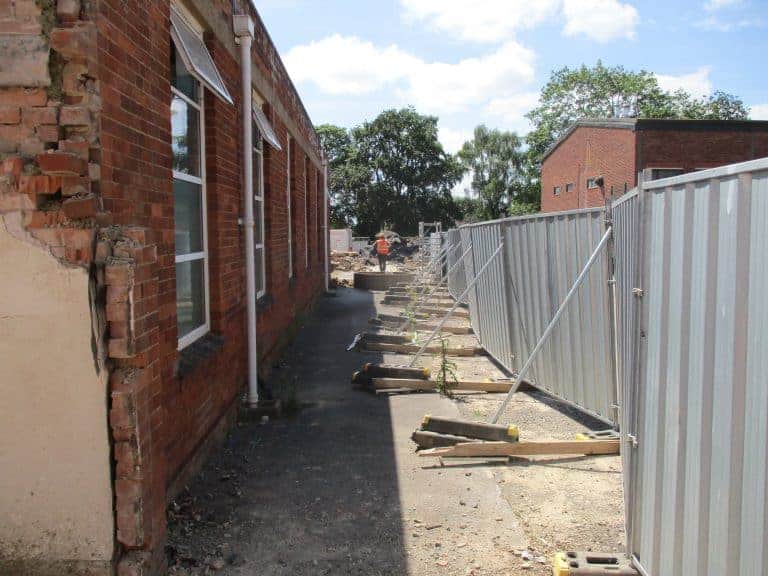 Working in close proximity to the newly built school. 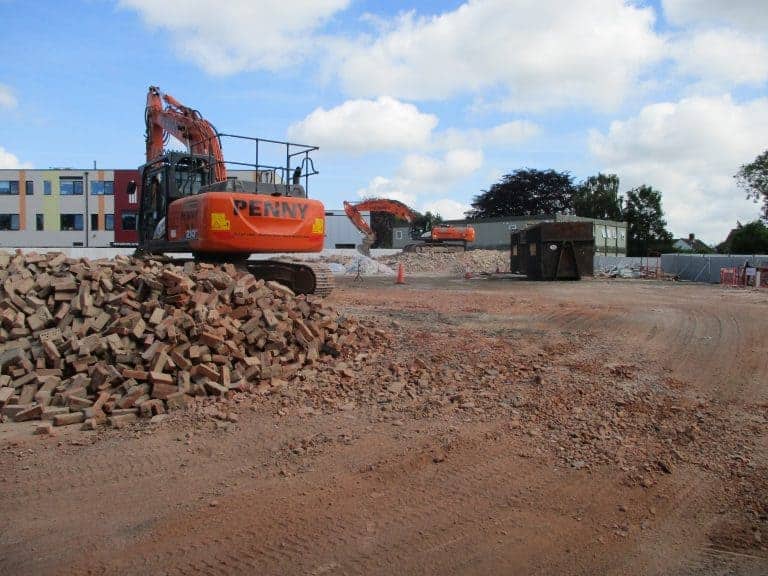 The remains of the building afterwards, ready to be sent for recycling. 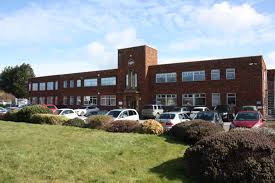 The original 1930’s brickwork building to be demolished.

Time-lapse of the main school tower being demolished by Pennys Group.